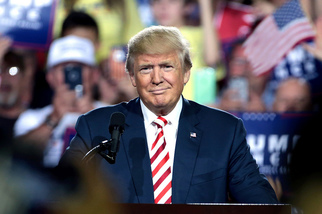 Trump vs Clinton:  From Muslims to World Peace

The return of Real food for Americans

The Problem:
​
​Farmers are heavily burdened with high debt and high taxes.  As they pay down debt over their lives, their children then are hit with double taxation upon inheritance of the family farm - resetting financial hardship.   Farmers must even live in fear of Big Business lawyers if a GMO seed lands on their fields  - "patent infringement".
The Solution:
​
​Donald J. Trump will slash taxes for farmers, and eliminate double taxation.   With taxes lowered, Farmers will be able to hire more legal Americans.   As taxes are lowered for all Americans, the middle class will be able to afford better food choices produced by family farmers.   Healthcare costs will be reduced over time with the return of prosperity and real food to the American table.

Donald Trump has raised two strong daughters.  His organization pays women and men the same for equal work.  Donald Trump championed the development of improved maternity benefits for women.   He is endorsed by female military personnel, police and border guards across America.

If you were a hiring manager, which candidate would you hire?

A) The candidate who is a proven leader, with the passion and drive to turn a million dollars into billions; and policies to create jobs, increase wages, lower taxes, and bring prosperity to all.

B) The candidate who "acid washed" 33,000 e-mails, consistently lies to Americans, has the FBI investigating pay for play and classified information breaches; with policies to increase taxes, increase energy costs, and increase healthcare premiums bringing more poverty to all.

When media bias and distraction occurs, only the American people suffer.   Focus on which team of candidates will deliver on job growth, wage growth, lower taxes, and prosperity.   One candidate has been endorsed by Generals, Admirals, Police and Border Guards to lead America as Commander in Chief.